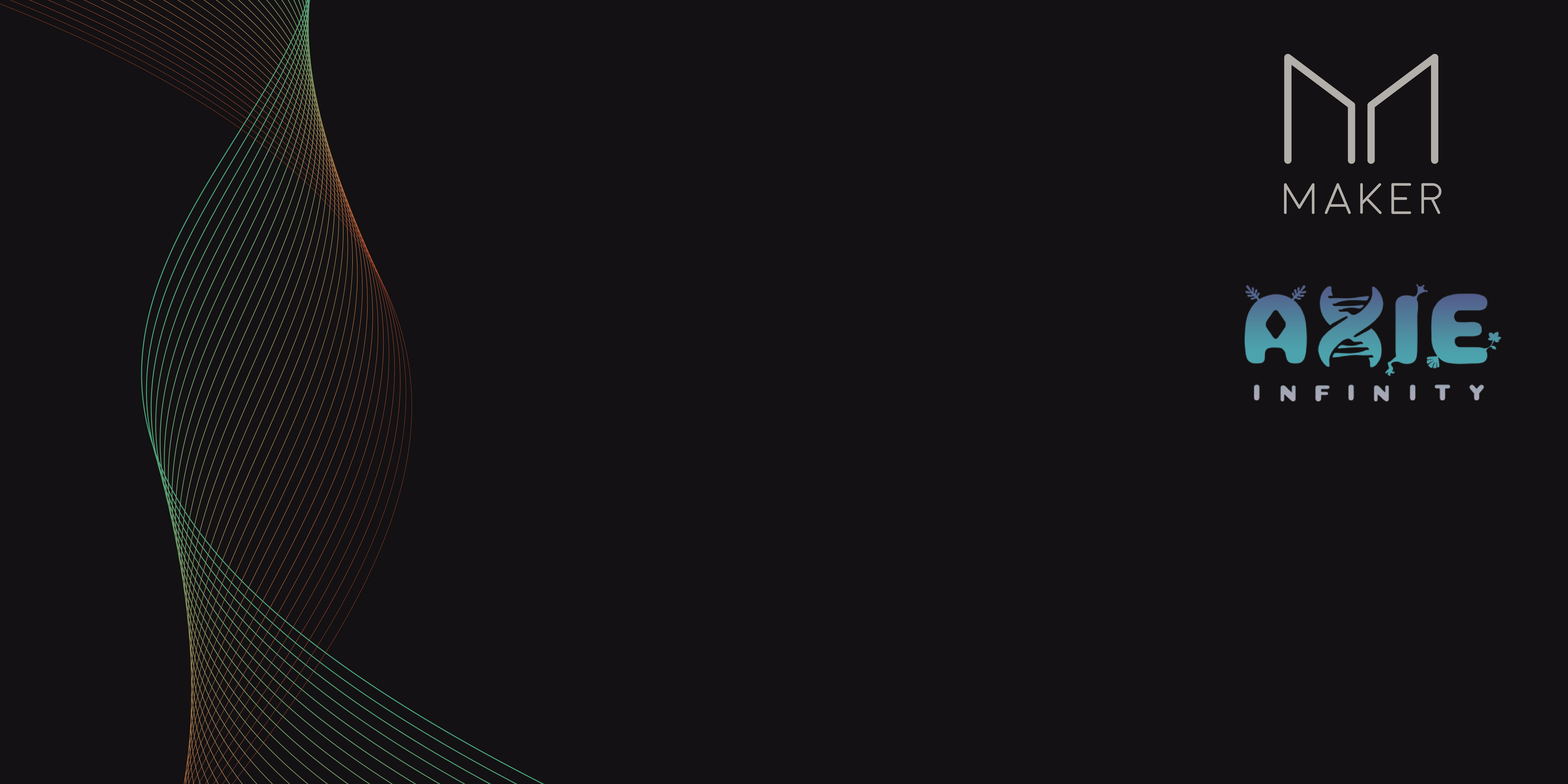 Maker and Axie Infinity, Inc. have teamed up to bring Dai to one of the biggest and most popular blockchain games.

Axie Infinity is a digital-pet universe with a player-owned economy facilitated by blockchain technology. In the Axie universe, players breed, raise, battle, and collect, fantasy creatures called Axies. Similar to trading cards, Axies are assets that players own and can exchange.

While the introduction of Dai into the Axie world means players now have a stable in-game currency, integration benefits go far beyond that. For a limited time, proven CDP (Collateral Debt Position) owners can claim unique and Dai-themed Rare, Epic, and Mystic NFTs (non-fungible tokens) in-game, depending on the amount of Dai drawn from their CDPs.  Beyond looking awesome and the social clout they provide, these NFTs serve in-game purposes as well:

Please join the Axie Discord channel and post in the #support channel for any questions related to the exclusive NFT promotion.

In addition, Axie Infinity players can earn Dai. Not only will Maker award 1000 Dai to the top Axie trainers for Ladder Season One , but also add 1000 Dai to the prize pool of the first real-time battle tournament.

Maker and Gaming: A Match to Dai For

These are the early days of blockchain gaming, and the Maker Foundation sees Dai becoming a critical component as that industry grows. Gaming is a great way to introduce new audiences to Dai through unique integrations. Many people acquire their first cryptocurrency in order to start playing blockchain games, after all. As gamers quickly recognize the benefits of Dai, they will find more excitement not just in playing games, but also in exploring a whole new ecosystem.

While providing a stable in-game currency should be a prime objective of blockchain gaming companies, there are a variety of other ways to implement Maker, as the Axie Infinity NFTs exemplify. Our partnership with Axie, along with other recent gaming integrations, comprise only  the first level of possible Dai use cases in the industry.

As organizations in the traditional gaming space look to experiment with the blockchain, they are quickly recognizing that it can provide unique financial solutions, as well as new ways to uplevel their current products, build and distribute new products without intermediaries, and scale to greater levels. Dai, which has become a building block for decentralized applications, lacks the volatility that deters some people from embracing blockchain games. No risk means increased adoption. Plus, when Dai is integrated into gaming tokens, players are assured of privacy and  fast, secure deposits and withdrawals.

One vertical poised to greatly benefit from the blockchain gaming is eSports. According to a CNBC report in January, “the global eSports market will exceed $1.6 billion by 2021.” Two months later, Rahul Sood, CEO of eSports betting company Unikrn, told the same outlet that “the ability to liquidate or trade … assets into other games would be great, and blockchain could really allow for that. Blockchain could disrupt the space in that these virtual items could be traded over blockchain and their whole virtual economy could be built on it.”

With Dai adoption growing exponentially at roughly 20% per month, the Maker Foundation is looking forward to all of the ways we can contribute to the gaming industry. Stay tuned for updates as we progress on this journey.

To learn more about Dai, read our latest Dai In Numbers Momentum Report.

Composable Infrastructure as Code: An Introduction to the Maker DeFi Ecosystem